Aledo United Methodist Church traces its roots to the earliest settlement in the Aledo area.  In April 1878, Methodists acquired half interest of Alma Hall, a small frame structure in Alma, a 1870's-era settlement considered the precursor to Aledo.  With the advent of the Texas & Pacific Railway line across Parker County in 1879, Alma Hall was moved to a nearby burg forming along the tracks.  By 1882 the new town was called Aledo and by 1890 Alma Church had become the Methodist Episcopal Church, South, of Aledo.  The church, evolving with the times to Aledo Methodist Church in 1939, and Aledo United Methodist Church in 1968, has played a continual and significant role in the establishment of Aledo and eastern Parker County.

Read more about the history of The United Methodist Church:

Roots (1736-1816)
The United Methodist Church shares a common history and heritage with other Methodist and Wesleyan bodies. The lives and ministries of John Wesley (1703-1791) and of his brother, Charles (1707-1788), mark the origin of their common roots.

The Churches Grow (1817-1843)
The Second Great Awakening was the dominant religious development among Protestants in America in the first half of the nineteenth century. Through revivals and camp meetings sinners were brought to an experience of conversion. Circuit riding preachers and lay pastors knit them into a connection.

The Slavery Question and Civil War (1844-1865)
John Wesley was an ardent opponent of slavery. Many of the leaders of early American Methodism shared his hatred for this form of human bondage. As the nineteenth century progressed, it became apparent that tensions were deepening in Methodism over the slavery question.

Reconstruction, Prosperity, and New Issues (1866-1913)
The Civil War dealt an especially harsh blow to The Methodist Episcopal Church, South. Its membership fell to two-thirds its pre-war strength. Many of its churches lay in ruins or were seriously damaged.

World War and More Change (1914-1939)
In the years immediately prior to World War I, there was much sympathy in the churches for negotiation and arbitration as visible alternatives to international armed conflict. Many church members and clergy openly professed pacifism.

Movement Toward Union (1940-1967)
Although Methodists, Evangelicals, and United Brethren each had published strong statements condemning war and advocating peaceful reconciliation among the nations, the strength of their positions was largely lost with American involvement in the hostilities of World War II.

Developments and Changes (1968-2004)
When The United Methodist Church was created in 1968, it had approximately 11 million members, making it one of the largest Protestant churches in the world. 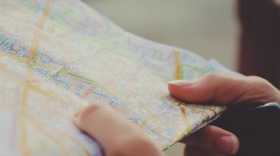 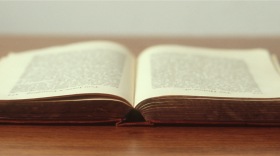 Stay in the Loop

Stay up to date with everything happening at Aledo UMC!

Thank you for registering for our newsletter.